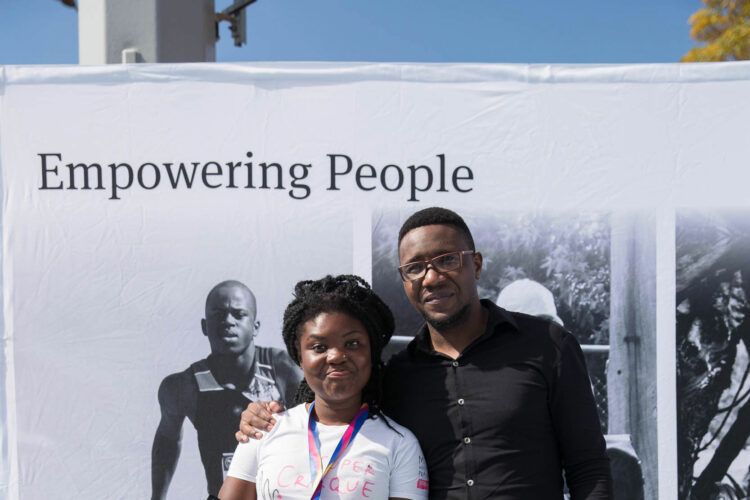 In the second edition of our series of feedback stories following the Empowering Africa’s Child Amputees event earlier this year (May 28th – June 1st 2018), we caught up with Endro Paulo Cossa from Mozambique.

Endro qualified as Associate Prosthetist/Orthotist from the Maputo Health Science Institute in 2013 and has worked at Maputo Central Hospital since qualifying. He holds the position of Chief Technician of Prosthetics & Orthotics at the institution and says his fascination with the field started because of the war.

“I decided to pursue a career in prostheses and bracing because it was a curiosity of childhood. Our country suffered a lot with the civil war and produced many amputees. Since I was a child I experienced deep empathy and a desire to help. When I grew up I decided to turn my boy-hood fascination into a career. I wanted to do a bachelor’s degree; I always dreamed of doing my degree, but unfortunately we do not have any higher education in this field in Mozambique”.

Endro’s main concern, something he is passionate about, is the lack of higher education opportunities in his field. He says that there are only four active Bachelor’s Degree graduates in the whole of Mozambique.

Acutely aware of the value of continued education, when the opportunity came up to travel to South Africa to attend a prosthetic training project geared to up-skill participants in the fitment of high-end sport prostheses, Endro was eager to add his name to the list.

As one of four guest Prosthetists; that included representatives from Zimbabwe and Tanzania; the group joined their South African peers in an intensive week of training that focused on the design and fitment of a prosthetic sport solution to illustrated how, in combination with sports activities, it can fast-track the rehabilitation process for children living with lower limb amputation.

“Participating in this project was a very good experience, the best experience in my professional career, so far. What I learned most from the project is the professionalism and commitment shown by the participants during the activities, the spirit of cooperation that made everything easier, not forgetting the respect they have for each other and for the patients. This is an example to follow,” comments Endro.

He adds that the technology applied during the project can greatly help in empowering amputees in Mozambique, especially young people who are keen to practice sports and improve their physical, mental and social health.

The project criteria encouraged each participant to select a child living with lower limb amputation from their region to accompany them to South Africa and be fitted with a high activity prosthetic solution.

Tacinha (19) used to be an enthusiastic volleyball player before a fellow student’s shove landed her in the way of an oncoming vehicle. Her foot was amputated above the ankle. Endro made her first walking prosthetic and has been her attending Prosthetist ever since. He selected Tacinha to join him on the trip.

Through-out the week we were treated to ‘that smile that brightens the room’ and watched Tacinha get slightly emotional after trying on her new sport solution, also known as a running blade, for the first time. From there she simply had fun; playing soccer with the others, doing track exercises along-side a Paralympian, sprinting with the group.

“Since the project, Tacinha is doing very well and she is hopeful to be part of a sports team going forward. She has adopted a new training routine and is very motivated,” adds Endro.

When asked about the challenges of accessing high-level prosthetics in Mozambique, Endro says the following:

“We need ways of costing to be weighted so as to be accessible to several, government engagement in the immigration of this technology, and the opportunity to train more technicians specialized in this technology.

I want to appeal to those who can help me and other Mozambican technicians in the training of graduates. Most of the professionals in this field are young and ambitious to grow their career but, because we don’t have higher education in the Prosthetics & Orthotics field, they end up taking their degree in other areas,” he says.

About his South African experience, Endro is simply thankful.

“I would like to thank my benefactor, who prefers to remain anonymous, the entire Ottobock SA and Icexpress Progressive Prosthetics team, Jumping Kids and the Orthopaedic Centre at Dr George Mukhari Academic Hospital for their hospitality and good treatment. It was a week I’ll never forget.

With nothing else, a big hug to all and a message of much strength to the children and young amputees to say they are not forgotten,” Endro concludes.