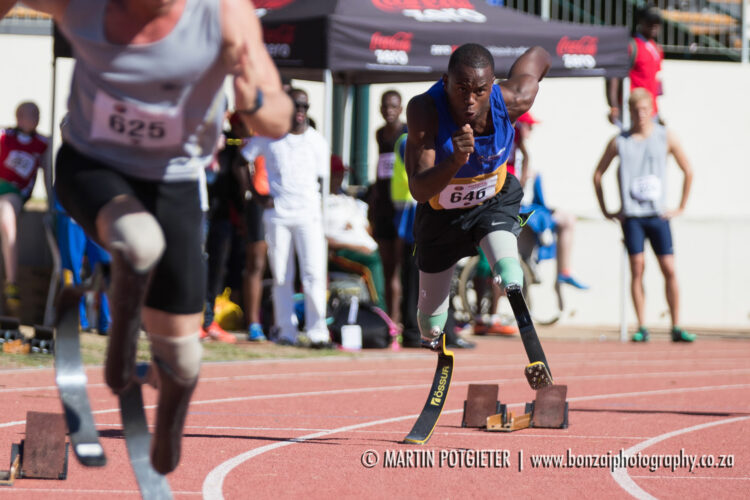 “The Paralympics were incredible. I thought if the story could be made into a film it would be the most extraordinary tale of courage, bravery and brilliance”.

So says Greg Nugent, marketing director of the 2012 London Games, about ‘Rising Phoenix’ – a new film about the Paralympics set to hit Netflix on 26 August 2020.

The idea for the film came in 2012, the same year the story started, in many ways, for South African blade-sprinter, Ntando Mahlangu, one of the nine global athletes selected to tell their stories in this Netflix Original.

“I am extremely proud of my inclusion. The film highlights the power of sport to drive change; its ability to unite, uplift, and inspire. It is an honour to represent my country in the telling of this important tale,” comments Mahlangu.

Mahlangu (18) first made news when, at the age of 14, he won silver for South Africa at the Rio 2016 Paralympics. More recently, the grade 11 learner ran the 800 m in a time of  1:43.32 minutes; placing Mahlangu in the number one ranking slot in South Africa and Africa.

“The athletics journey has been a great one.  I often remind myself to stay focused on enjoying it; it has to be a joyful experience. The results are a bonus,” he quips, adding that the most important benefit has been how sport allows him to make an impact on a wider scale.

He regards himself as a spokesperson for the disabled community, especially for the young amputees that he mentors.

“Winning silver in Rio opened many doors. It gave me the opportunity to get involved and encourage other kids facing the challenge of living with disability to dream big,” he says.

“I remain in touch by checking in on academic progress, or testing prosthetic equipment with them through Jumping Kids; the charity that gave me my boost in 2012. It’s about motivating them to keep trying”, says Mahlangu.

Jumping Kids is a non-profit organisation that assists children living with amputations gain access to prosthetic equipment and holistic support. It was through the organisation that Mahlangu was fitted with his first set of Ӧssur Cheetah Blades in 2012, signalling a twist to his own story.

“Going through the process of, first agreeing to the amputation, then getting that first set of blades, was a lot to take in. It was the year of the London Games, and I remember thinking, maybe I can try that”.

It tells the tale of the Paralympics, how it became the third biggest sporting event on the planet, and sparked a movement that is changing the way we think about disability, diversity and human potential.

“All the athletes involved have remarkable stories. Sport is a powerful tool and, I believe the film tells an important story. I cannot wait for everyone to see it. Set your reminders”, concludes Mahlangu.