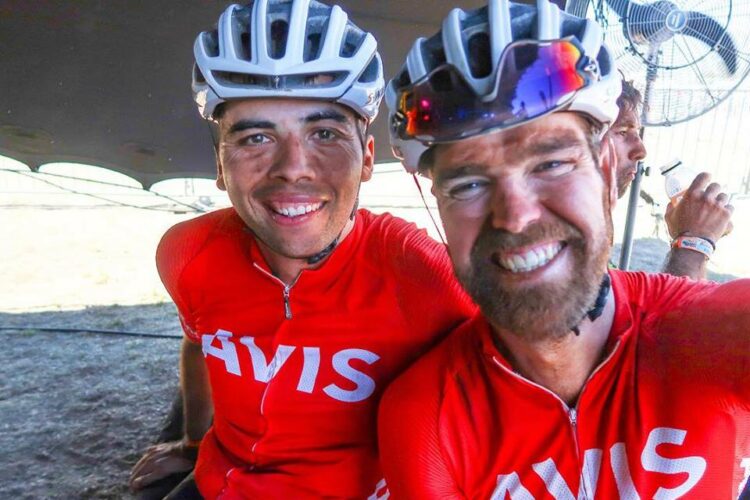 Amputee mountain biker and Jumping Kids ambassador, Reuben van Niekerk and his Team Driepoot partner Kevin Benkenstein made it three team finishes in a row with a 398th overall position at this year’s Absa Cape Epic.

In what turned out to be a tough ride on some of the stages, Kevin posted after the race, “Another year, another Epic, another experience that I know few can understand and another year spent watching the impossible become possible and seeing my mate become a hero once again”.

That year the finish was not on the cards. Undeterred, van Niekerk stepped up his training and went on to finish the gruelling eight day race in both 2014 and 2015 with then partner, Dagmar Muhlbauer under the banner of Team Driepoot Toyota.

In 2016 Reuben partnered with ultra-endurance cyclist Kevin Benkenstein. Between taking plenty of ‘selfies’ and making it seem like the ‘epic holiday’ they often describe it as being, Team Driepoot finished the race.

This marked a third consecutive Cape Epic finish for van Niekerk – a first for a person living with ANY type of disability. It also gained him entry into the exclusive Amabubesi Club awarded for three Cape Epic finishes.

An ‘unexpected’ top 400 finish, with an overall position of 378 in 2017, proved that this partnership was only getting started.  The duo topped that with a fifth consecutive finish for Reuben, and ‘team’ Amabubesi Club bragging rights for Team Driepoot this year!

“The Cape Epic truly is a team event and there is not another person that I would want beside me on the bike as I visit the darkest places of my mind while pushing my body to the absolute limit and beyond. Thanks Kev. Thanks also to everyone for your support and kind words of encouragement,” said Reuben after the event.

As before, Team Driepoot rode the Epic to create awareness for Jumping Kids; a non-profit organisation that provides access to prosthetic solutions, rehabilitation, and sport opportunities for children living with lower limb amputations.

“We are extremely proud of Reuben and Kevin and would like to thank them, as well as Avis South Africa, for promoting Jumping Kids along the way. It is always great to be part of the Team Driepoot fun. Congratulations again to the team,” says Michael Stevens from Jumping Kids.