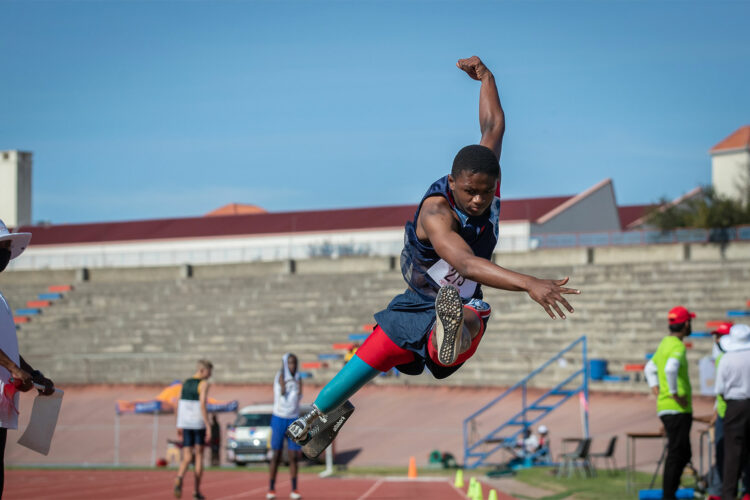 Johannesburg, 06 May 2021 – This year’s edition of the Toyota South Africa SASAPD National Track and Field Championships, that took place at the Westbourne Oval in Gqeberha, re-ignited our ‘Passion for Paralympics’ on home-soil.

The event produced three World records, eight African records, and numerous South African records while hosting some of the best Para athletes from South- and Southern Africa in their bid to achieve qualifying times and distances ahead of the Tokyo Games.

“I am happy with my results. It was wonderful to be back out there after the shut-down caused by the pandemic. The competitiveness of all the athletes this year – everyone is doing their best on the track and on the field, and that’s what I love,” says Mabote.

Puseletso underwent an above-knee amputation in 2010 after he was run over by a truck on his way to school. He was five years old.

In 2013, he became a beneficiary of the Jumping Kids Prosthetic Fund – a registered NPO that provides access for children living with limb loss, or limb deficiency, to both prosthetic equipment and holistic rehabilitative care.

As part of his physical therapy, after being fitted with his first prosthesis, Puseletso was introduced to athletics by Jumping Kids founder and prosthetist Johan Snyders.

“I started athletics when I was around eight years old. I didn’t know that I was good at the sport until I tried it. Johan Snyders was the guy who introduced me to athletics, and from there on I realized that I was actually good at this sport. And, to add to that, my father was also an athlete, so I’m just taking over from him,” the 16-year-old told press recently.

On 23 June, the world Paralympic association (WPA) will let SASCOC know how many extra slots – in addition to the 10 already given to South Africa in athletics – can be filled for the Paralympic Games in Tokyo.

Puseletso says, when he is not working hard at improving his academics, he is aiming for a place on the team.

“I am aiming for the Paralympics, and to potentially shine there, If not in Tokyo, then perhaps at the next Games in Paris. The lockdown put a halt on training, but I’m slowly coming back.” he concludes.